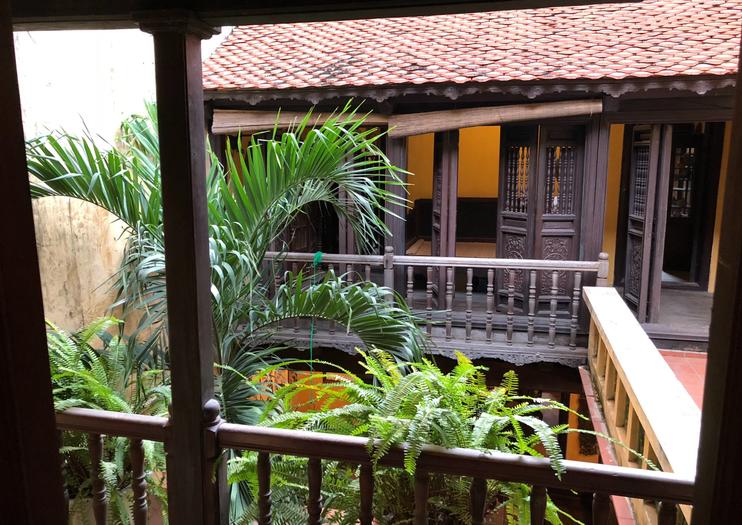 Step back in time to late-19th-century Hanoi and see how a typical wealthy merchant family lived at the Hanoi Ancient House. Located in the Old Quarter, the house was renovated in the late 20th century but retains all the architectural and other features of a typical house of the era, in a style unique to Vietnam.

The Basics
Typical of the traditional architecture of the time in the Old Quarter, the Ancient House is what’s known as a “tube-house,” with a narrow facade and a series of buildings and courtyards. There are two stories: The ground floor features a street-front room, which was used for selling goods, as well as the kitchen and bathroom, while the living quarters were located on the upper floor, which also has a balcony. Don’t miss the antique furnishings, artifacts, and photographs throughout the house.

Explore independently or as part of a guided tour and take in other area highlights, including Hoan Kiem Lake, Ngoc Son Temple, and the Museum of History.

How to Get There
The Ancient House is located in the Hanoi Old Quarter, about a 10-minute walk from Hoan Kiem Lake. Taxis are an easy way to get there for those coming from farther afield.

When to Get There
The Ancient House is open daily, with a break for lunch. At night, it often becomes a venue for ca tru song and other performances by students from local schools. The house also hosts a number of folk performances during the Mid Autumn Festival.

Nearby Attractions
There are a number of popular attractions near the Ancient House. Don’t miss Hoan Kiem Lake, where you can find Ngoc Son Temple and Turtle Tower. Also nearby are Bach Ma Temple and Dong Xuan Market.
Adress: 87 Ma May Street, Hanoi, Vietnam
Läs merVisa mindre