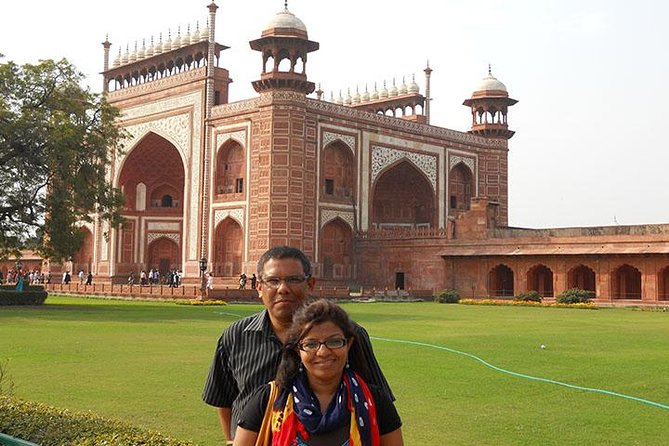 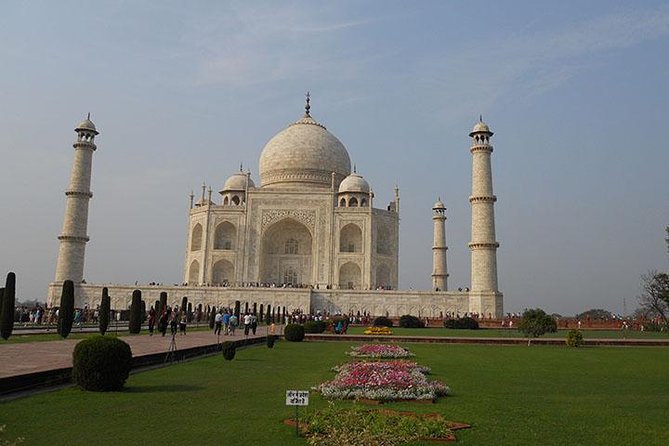 Yoga on the Ganga

Doctor_B
Morning Yoga on a bank of the Ganga river | mar 2020
Wonderful experience on the banks of the Ganga River with a expert Yoga instructor. Must see Must do for Viator patrons!!
... läs mer

Junior_H
Private Transfer: Hyderabad International Airport (HYD) to Hyderabad Hotels | mar 2020
The driver was on time, spoke sufficient English and was very courteous. While driving from the airport he offered up his knowledge of the city and the sites.
... läs mer

Vicki_D
Private Transfer Service from Mumbai Port to Mumbai Airport or Hotel | mar 2020
Driver was ready and waiting at the cruise port. We arrived at the airport with perfect timing. The driver was friendly and courteous.
... läs mer

Vicki_D
Private Transfer from Mumbai Airport to Mumbai Port | mar 2020
When we arrived, the driver was waiting for us, as promised, with a sign. It was very easy. He did a great job getting us to our destination.
... läs mer

aliaau99
Full-Day Taj Mahal Agra Tour from Bangalore | feb 2020
I loved seeing the Taj and our tour guide and driver were great however the trip is very misleading. I’m not sure how you can advertise that the tour allows time for lunch, the Taj visit and the fort visit. We only had time to visit the Taj for an hour, a quick bathroom stop and we had to drive back to the airport. That would be totally fine but it needs to be advertised as such. Disappointed overall and not a tour I would recommend.
... läs mer

transfer from hotel to ship dock

jimsookemitchell
Private Transfer from Mumbai Airport to Mumbai Port | jan 2020
Difficult to find the person who was to pick us up at the hotel. The driver had limited English skills,
... läs mer

Tour57295571170
2-Day Private Tour: Spiritual Varanasi with Sarnath | jan 2020
I booked this and then fell ill and needed to return home early. I emailed to cancel but told no email was received and so no refund not even partial. Extremely poor customer service both on the phone and on the website. I will not be using viator again in the future
... läs mer

Emily R
Private Tour: 5-Night South India Tour of UNESCO Heritage Temples | dec 2019
Having fallen in love with photos of the Meenakshi Temple in Madurai, I booked this tour not being quite sure what else was on the SE coast and not being religious myself. Every place we stopped contained wonders of the ancient Tamil culture. Although we were there on Christmas when everything was very crowded, the local guides were expert at navigating us into the sites as quickly as possible. Our driver Satish, who was with us for the entire trip, was extremely helpful and went out of his way to honor our requests.
... läs mer

Golden Temple - not to be missed and great tour

Emily R
Private 6 Days Amritsar and Shimla Toy Train Tour with Flights from Delhi | dec 2019
This was an excellent tour from start to finish both for the sites to see and the professional way the tour was operated. We had two drivers for different segments of the tour but a local guide for each city. All the hotels were fine and the guides made good recommendations for the meals that were not included. I was also in daily contact with the tour company representative back in Delhi. As for what we saw, the Golden Temple in Amristar was amazing and with surprisingly few western tourists; we got to see the Palki ceremony in the evening then came back the next morning for a more extensive tour. Later we were taken to the border crossing ceremony with Pakistan, more like a half time show at a sporting event but worth seeing for the enthusiasm of the large Indian crowd rooting for the home team. Next we flew to Chandigargh, a modern city planned by Le Corbousier but with the Rock Garden similar to Gaudi's Park Guell in Barcelona. Next the Himalayan Queen narrow gauge railroad up to Shimla, a vertical city founded by the British but now a resort area for Indians seeking cooler temperatures. The side trip to Kufri at 9,000 feet was an amazing experience as it was crowded with Indians enjoying the snow -- they could even rent boots and snowsuits. Our guide even obliged my request for a photo op sitting on a yak -- the yak doesn't go anywhere but it was still fun. This was my third trip to India after Rajasthan and a Ganges cruise but in some ways has been the best.
... läs mer

nelum9090
Private Transfer Service from Madurai Airport to Hotel | dec 2019
Would not recommend this tour company to anyone. The driver was not punctual and was very rude indeed. The vehicle provided was also not good. Was very disappointed with their service. Never approach this tour company.
... läs mer

W2306YIbernardf
Private Full-Day Tour of Chennai With Marina Beach | dec 2019
Good tour with a good guide and driver. When you get to Marina Beach, get out and have a wander around the fish market. The people there are friendly and happy to be photographed - I though one lady was complaining when I raised the camera, but she was only asking for a copy of the print (not realising it was a digital campera rather than a Polaroid).
... läs mer