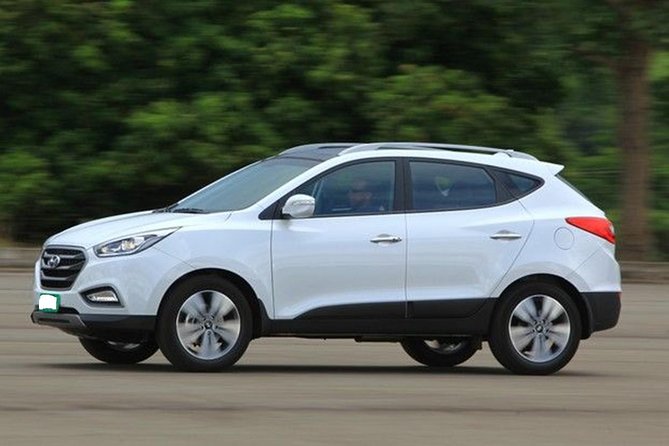 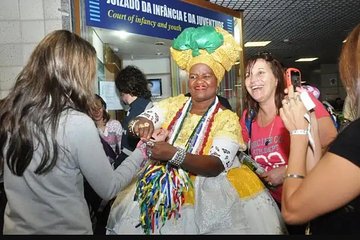 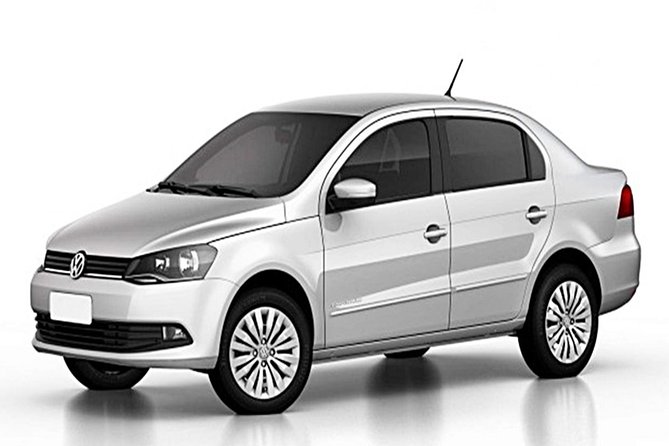 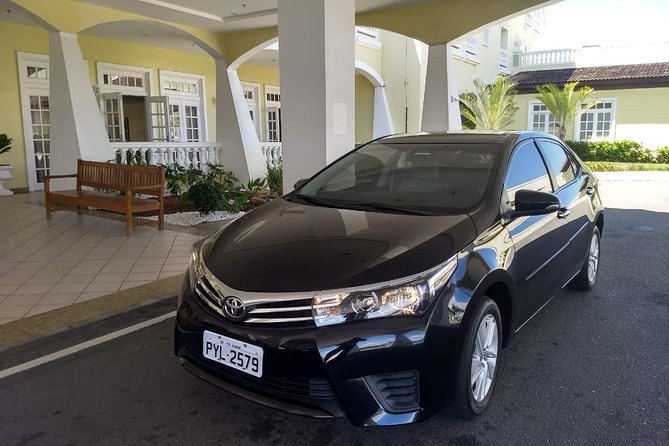 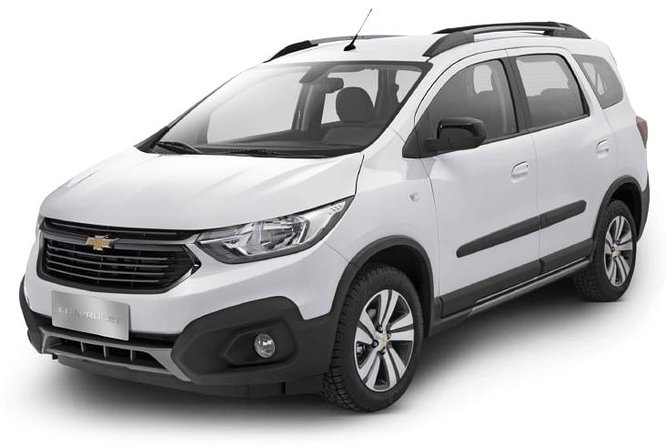 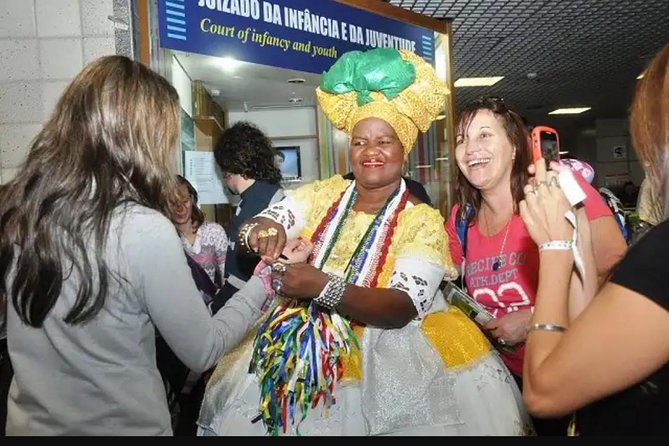 5,0
4 omdömen
5 stjärnor
4 stjärnor
3 stjärnor
2 stjärnor
1 stjärna
Omdömen från Viators resenärer
Transfer from airport
jshahn
, aug 2019
All communication was clear. Someone was there to greet us with our names on a sign...the driver was great....knowledgeable and friendly
… MerMindre
Svar från värd , aug 2019
We are glad to help you ! Thanks. For your preference.
… MerMindre
Great company and was on time...
Derrick C
, jul 2016
Great company and was on time waiting for me when I arrived at the airport in Salvador to take me to my hotel. The company was also on time picking my up from my hotel and taking me back to the airport on my return trip. It was nice not to have to worry about my round trip transportation.
… MerMindre
Our driver Danuza picked us up at...
tbo966
, jul 2016
Our driver Danuza picked us up at exactly the right place and time. She was friendly and informative, our arrival in Salvador was easy thanks to her, I highly recommend.
… MerMindre

Anna_S
Private City Tour of Salvador | mar 2020
The tour is advertised as private , but is not. The tour operator did not communicate with us, like other did, so I finally called him. He said that he can't do private that day because of the carnival and we will have other people. He insisted that we cancel if wed don't like it. i should have listen to him. But we had other tours on minibus and they were great! Well, he sent us a message about pick time at 8:30am, we arrived at 8:10. the guide was there and we very happy to see him. He told us that it will be a private car with 2 more people. not too bad so far. The other group od 2 from switzerland came exactly at 8:30 and brought another big guy with them. They insisted that this THEIR private tour, therefore they can bring anyone they want. that person was not booked. They totally ignored the 2 of us who are much older than them The tour guide went to to talk to the manager , who said that this id OK. Now it is 5 of us in the car, + tour guide and the driver. I was allowed to sit in front, the rest piled up in the back. We visited a couple of sites and the tour guide did his best. The day was very hot and it was no water in the vehicle. finally we asked the driver to take us back to the ship. He was very kind, drove us around a bit and brought us back after 2 hrs, i think that he was actually the only one who knew that we are older and tried to help. I don't blame the tour guide and the driver. But I think that tour operator cares more about making a buck than satisfying his customers. We took 4 other tours with viator , private and not. They we all great. We will be very careful next time.
... läs mer

Ilka
Tropical Island Boat Trip to Itaparica and Frades | mar 2020
This tour is definitely overpriced for tourists. You can get on the same tour by going to the port and purchasing it there. A friend of mine ended up on the same boat as me but only paid AR$60. Even though we indicated English on the form, all instruction on the boat were in Portuguese. With all that said, I highly recommend this tour because the beaches were very nice and relaxing. The boat ride was also fun with a live band entertaining the passengers, and the food (buffet which was not included in the price) was amazing.
... läs mer

Guide20230825558
Full-Day Historic Private City Tour of Salvador with Lunch | dec 2019
Andre was our guide and he was awesome. I have some physical issues and he was kind, knowledgeable and flexible. We loved every minute and would recommend this to anyone.
... läs mer

becky p
Cachoeira Countryside Flavor Private Tour from Salvador | nov 2019
We had a fantastic day with our guide and driver. It gave us a great feel for the rural area of Bahia, as well as the historical culture of the area
... läs mer

MauroZ335
Tropical Island Boat Trip to Itaparica and Frades | okt 2019
First stop at Ilha dos Frades, very good beach, scenery and strucure. Second at Itaparica, just a tourist trap. Nothing more than a strip of sand and a restaurant. Beach just average. Not even a pier. Need to take small and less secure boat.
... läs mer

Marcus - knowledgeable and laid back

ANBK17
Salvador Essencial Private 6 Hour Tour | aug 2019
Our tour guide Vagner was great! Aside from being a knowledgeable historian, he was nice, timely and really was open and excited to share the history of Salvador with us. Great sites shown!!! Thank you Vagner!!!!
... läs mer

nowandthen
Full-Day Historic Private City Tour of Salvador with Lunch | mar 2019
This was a great tour. We saw the old city, drove around the city and had lunch at a fabulous "local" restaurant. This was so enjoyable and I would recommend this private tour to anyone.
... läs mer

I would have stayed longer- Beautiful Island!

Romana N
Paradise Morro de São Paulo Island Tour from Salvador | jan 2019
For a nice day trip, I would highly recommend going to Morro de Sao Paulo to relax and to get out of the city. Tour guides were very friendly, however they did not speak English which was disappointing, I was happy that my A1.1 Spanish lessons could help a little. I did not learn much about the islands, it was just a transfer going from island to island... They should change there page, saying that the tour is in Portuguese or Spanish because then you know what to expect and then its up to you if you want to go or not.The trip from Salvador to Morro de Sao Paulo is also quit long so your time in Morro de Sao Paulo is short, I would have paid more to spend a whole day or 2 days there.
... läs mer

We had a wonderful day learning...

We had a wonderful day learning about this unique and special city. Our guide was well informed and very personable.

Our guide could not have been...

Our guide could not have been better. He took the time to listen to our interests and customized our visit accordingly. His English was great, and he was extremely knowledgable. It was like visiting a town a good friend. We came away with so much information about Bahia. It's a much richer country than we ever imagined. Also, if you're interested in taking time to have lunch, do it! We went to a great restaurant recommended by our guide and had a terrific conversation with him over lunch.

A good tour, maybe can add a one or two locations instead of going to the traditional market.

This was a culturally fulfilling...

This was a culturally fulfilling experience. I learned quite a bit about Salvador's history and it's ties to the African continent. It is a breathtakingly beautiful place and a must do if you visit Brazil. So rich in African music, foods and culture. I will be back. The tour guide was very knowledgeable and spoke good English.

Josuel Olafemi Tours was excellent. Deeply knowledgeable, flexible, warm, friendly, and enthusiastic about Salvador was the best guide anyone could hope for. Josuel picked us up at our hotel and began the tour by taking us to a site by the shore dedicate to Yemaja. From there, to the lake and the Orixa statutes, an extensive tour of Pelourinho, and Sao Joaquim market. He took us also to a terreiro and we had an amazing improptu chat 30 minutes! with a candomble priest who has given several lectures at top US universities! We finished the tour at a local family restaurant eating feijoada and pichichanga. This is the tour to take if you want not only an inside look into the culture of Salvador, but also have a guide that will accommodate you and answer your every question.

Our guide Marcos spends time at the...

Our guide Marcos spends time at the gym and apparently worked and lived in London. His English is very good and he knows the city of Salvador well. The tour is complete but Marcos could have put in some more legwork in pointing the interesting bits at the San Francisco Convent, for example. Instead he took us in and then just left us wander around on our own. This also happened at the main square.