The 10 Tastings of Budapest With Locals: Private Food Tour 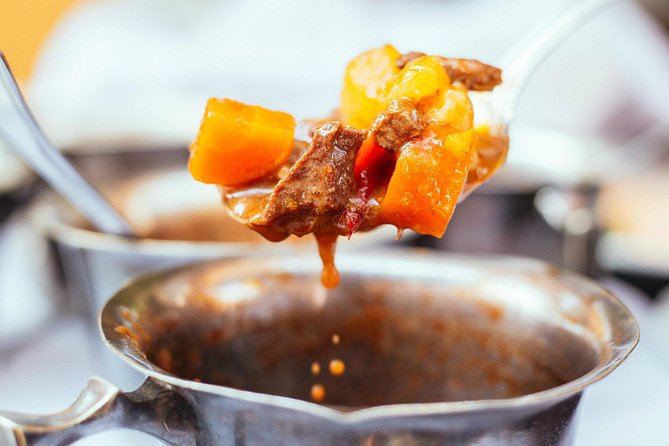 Skip the tourist traps and discover Budapest’s culinary highlights on a private walking tour. Discover hidden gems as you explore with your local guide, and get a taste of authentic Hungarian cuisine with samples included in the price. Visit locations including the Central Market Hall, Jewish Quarter, and a ruin pub, and benefit from the customizable itinerary of a private tour, allowing your personal guide to cater to your preferences.

Q:What is the policy on face masks and attendee health during The 10 Tastings of Budapest With Locals: Private Food Tour ?

Q:What is the social distancing policy during The 10 Tastings of Budapest With Locals: Private Food Tour ?

Q:What measures are being taken to ensure staff health & safety during The 10 Tastings of Budapest With Locals: Private Food Tour ?