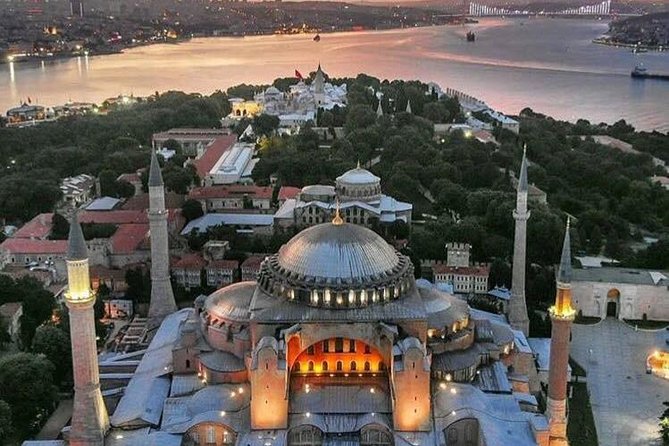 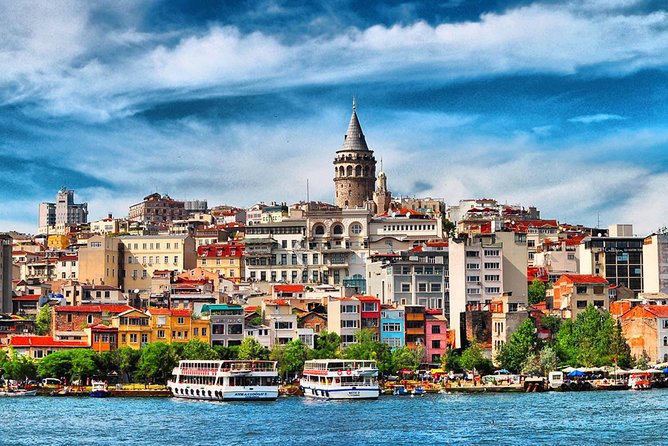 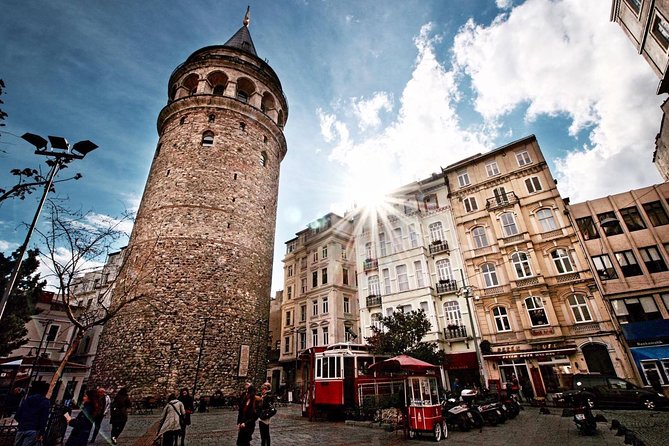 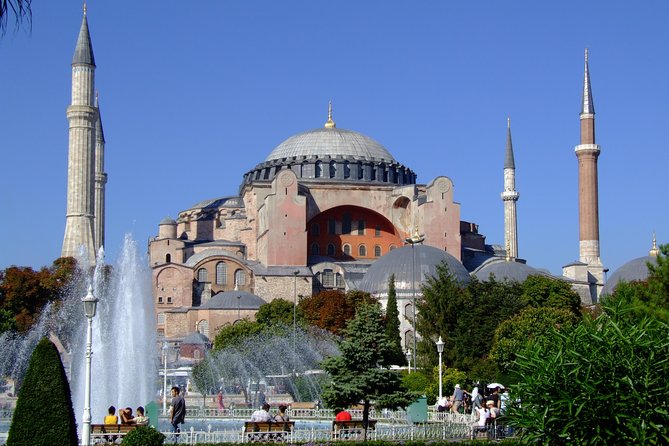 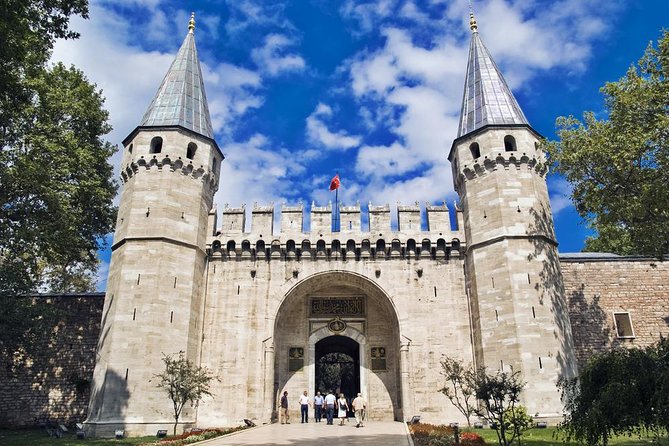 There’s so much to see and do in Istanbul, it can be overwhelming for first-time visitors. This private 1- or 2-day tour is the perfect way to maximize your time. Tick off top attractions such as Topkapi Palace; admire architectural wonders like the Blue Mosque and Hagia Sophia; cruise along the Bosphorus between Europe and Asia; and shop for souvenirs at the famous Grand Bazaar.
Saved to wishlist!

Traveler pickup is offered
Pick up from Taksim , Old City hotels
We do not meet at Asia , Airport hotels and located more than 15 km away from old city

Your private tour of Istanbul begins with pick-up from your central Istanbul hotel by your local guide. Day one kicks off with a walking tour through Sultanahmet, the heart of historic Istanbul, and a visit to Hagia Sophia, one of Turkey’s most magnificent monuments. Head inside to explore the magnificent basilica-mosque that was once the world’s biggest church, and marvel at the Byzantine and Ottoman treasures housed in its museum.

A short walk from Hagia Sophia is the famous Sultanahmet Mosque, nicknamed the ‘Blue Mosque’ thanks to its striking blue tile mosaics. After admiring the lavish interiors of the Blue Mosque, continue to Topkapi Palace, where you can walk in the footsteps of the great Sultans, peek into the harem and relive the glory days of the mighty Ottoman Empire.

Make a stop for lunch (own expense), before exploring the Roman Hippodrome, which was built in 203AD, and marvel at ancient monuments like the Egyptian Obelisk, the Serpentine Column, and the Constantine Column. Finally, make your way through the labyrinth stalls of the Grand Bazaar, one of the largest and oldest covered markets in the world. With hundreds of small handicraft shops selling everything from handmade carpets to Turkish coffee, the atmosphere is electric, and it's a great place to try out your bargaining skills.

After a full day exploring the city, your guide will escort you back to your hotel.

If you’ve chosen the 2-day tour, your guide will pick you up on the second morning and whisk you into the heart of the Spice Bazaar. You’ll learn how it’s also known as the Egyptian Market because Egyptian exports were sold there during the Ottoman era, as you browse the myriad stalls, heaped with colorful herbs, spices, nuts, and Turkish Delights.

Next, hop aboard for a scenic cruise between two continents, as you glide down the Bosphorus – the narrow strait between Europe and Asia that connects the Black Sea to the Marmara Sea. Keep your camera close to hand, as your guide points out the grandiose Ottoman palaces, mosques, and monuments that line the waterfront, and enjoy a fresh perspective of the city.

Back on dry land, prepare to be impressed as you take a tour of the opulent Dolmabahce Palace, the 19th-century Ottoman palace that stands in a spectacular location along the Bosphorus.

Finally, get a taste of life in modern Istanbul as you visit the bustling Taksim Square, and walk down the busy shopping boulevard of Istiklal Street. At the end of Istiklal Street, arrive in the historic Galata district, where you can explore the cobbled lanes and quirky boutiques, or climb the Galata Tower for a stunning view over the city. 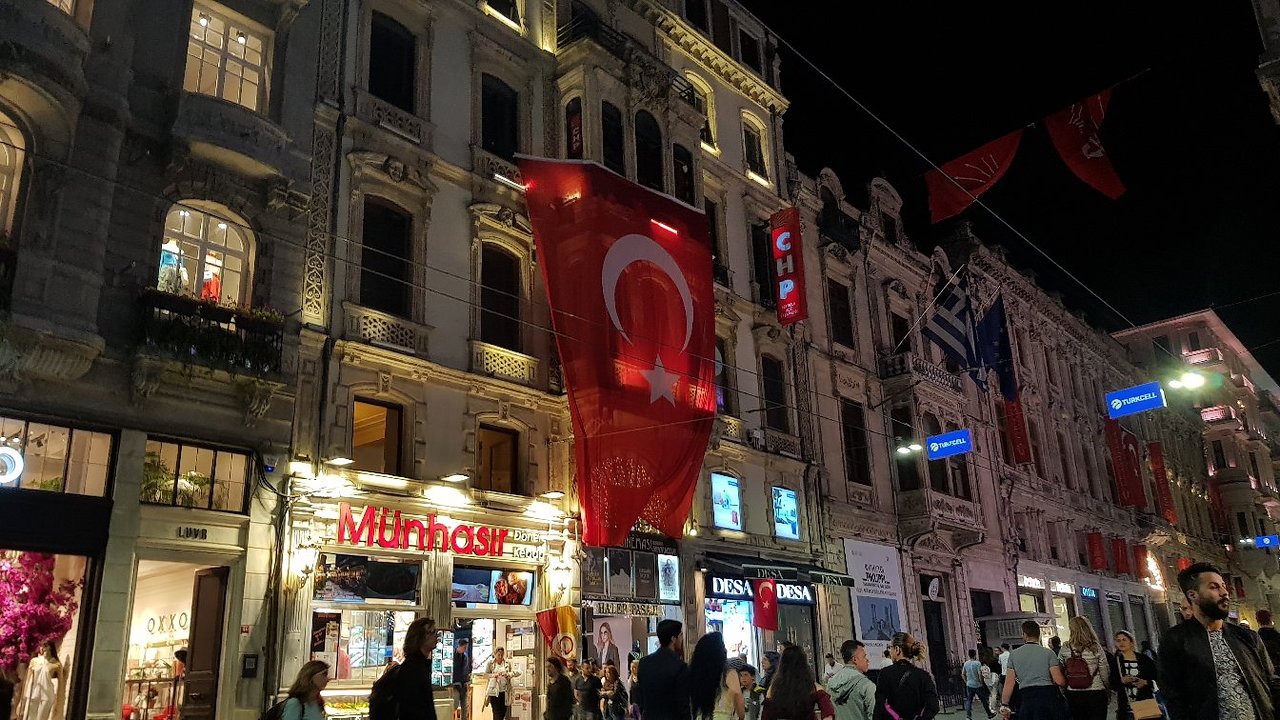 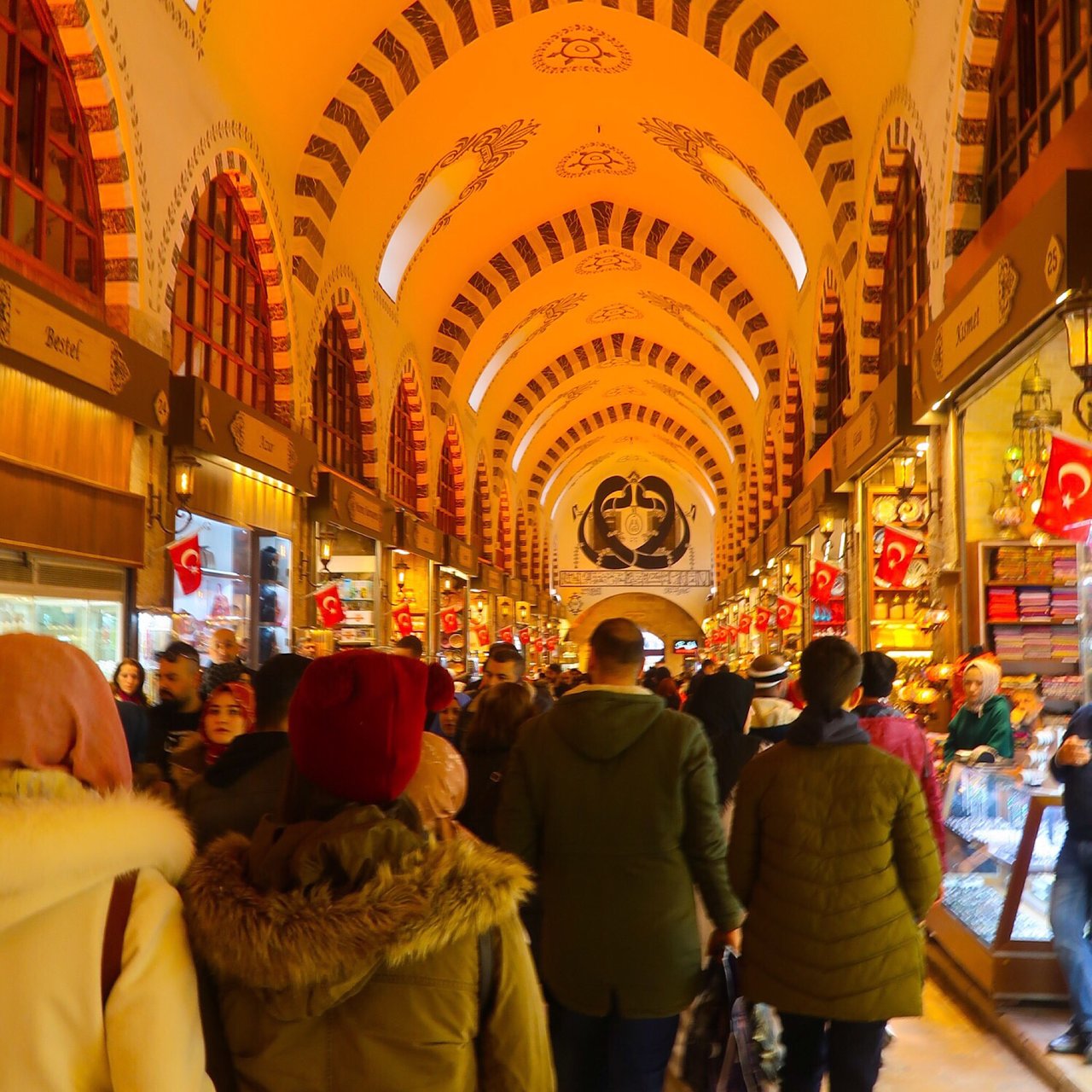 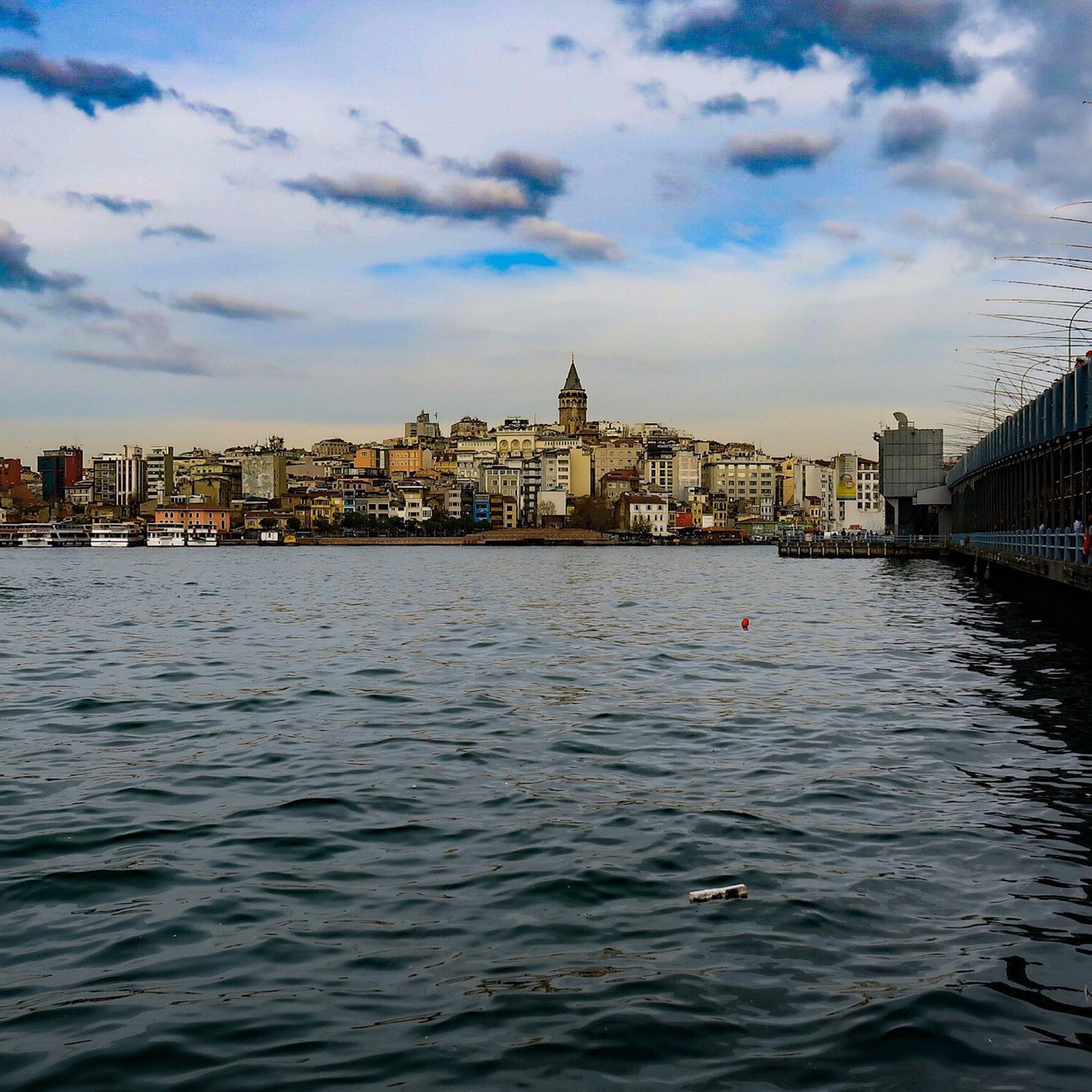 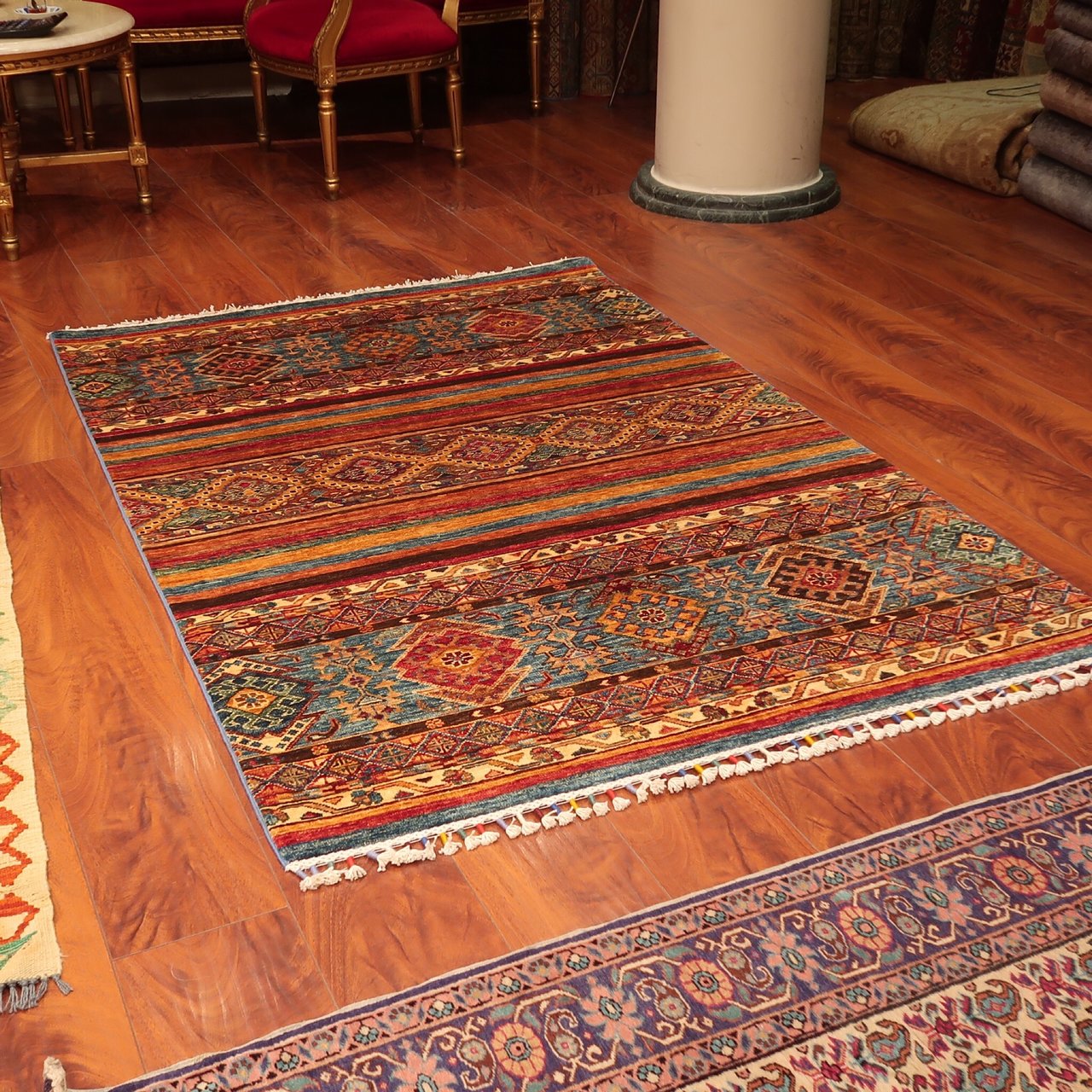 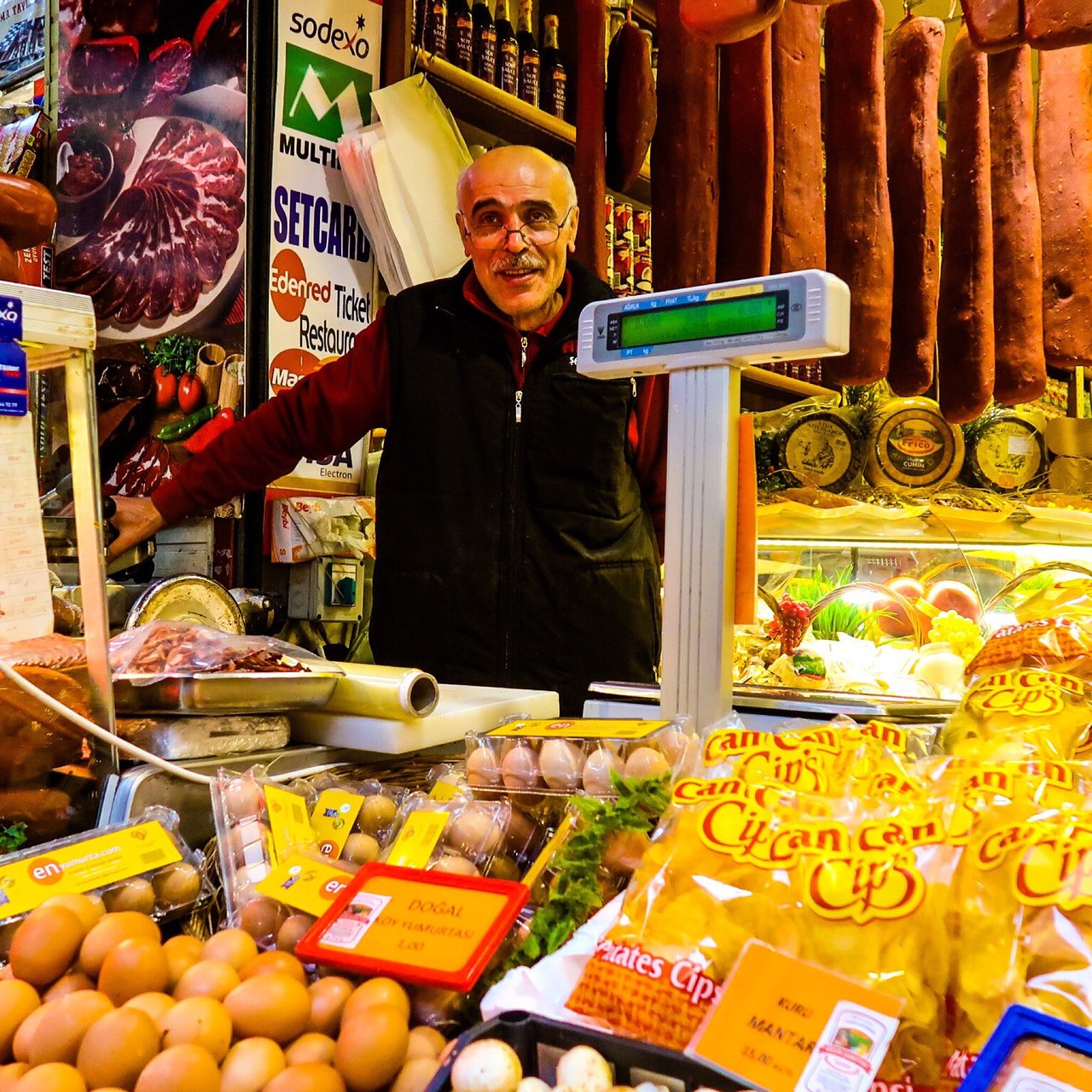 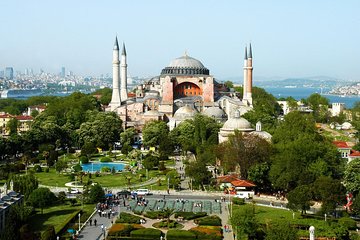 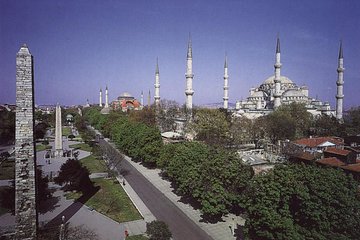 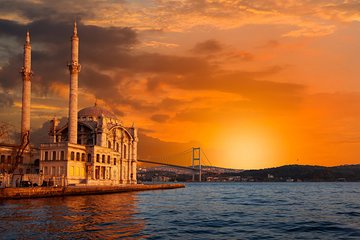 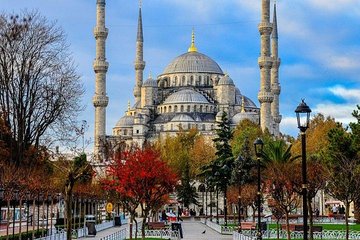 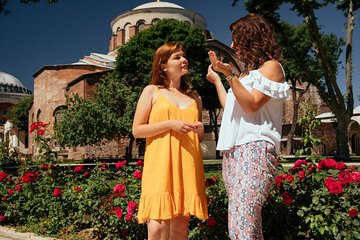 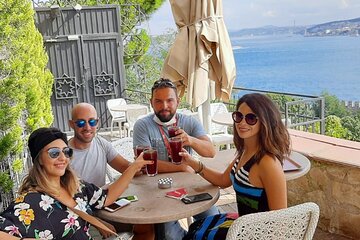 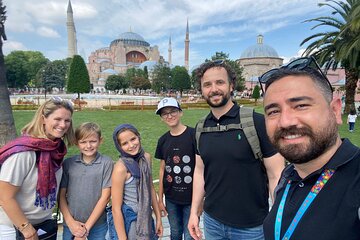 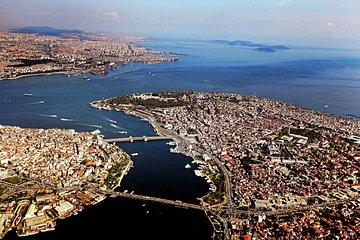 If everything checks out, we'll refund you the difference between the two prices.
Refund Terms & Conditions
1 or 2 Days Private Guided Highlights of Istanbul Tour
0/0
Read MoreRead Less

This review is an automatic translation
0
0/0