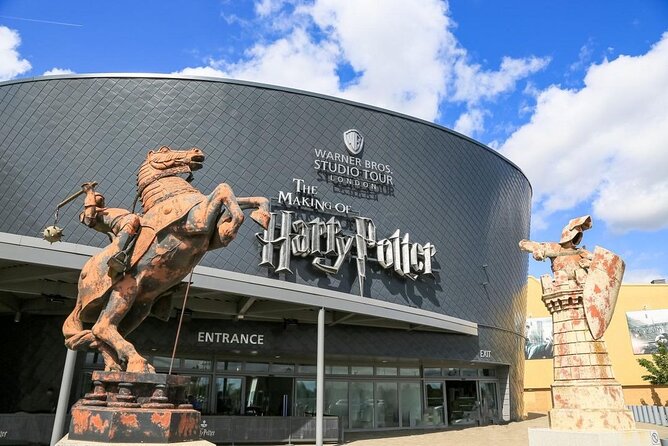 Don’t worry—here are some similar options

London, England
London In a Day: Tower of London, Westminster Abbey & Changing of the Guard
110
from $158.53

Discover London’s must-see destination for Harry Potter fanatics—and leave the tickets and logistics to someone else—on this full-day Warner Bros. Studios Harry Potter Tour. Choose to receive tickets only and explore independently, or upgrade to include a tour and round-trip coach transportation from Central London. Either way, you can look forward to learning about the making of the Harry Potter films, going behind the scenes, visiting film sets, and more.

This experience is non-refundable and cannot be changed for any reason. If you cancel or ask for an amendment, the amount you paid will not be refunded.

Q:What is the policy on face masks and attendee health during The Making of Harry Potter - Tour of Warner Bros Studio in Watford?

Q:What is the policy on sanitization during The Making of Harry Potter - Tour of Warner Bros Studio in Watford?

Q:What is the social distancing policy during The Making of Harry Potter - Tour of Warner Bros Studio in Watford?

Q:What measures are being taken to ensure staff health & safety during The Making of Harry Potter - Tour of Warner Bros Studio in Watford?