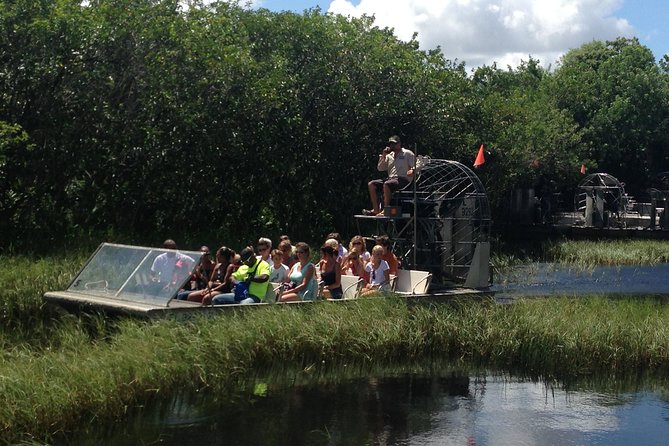 Escape to the wilderness of Everglades on this most of the time 3-4 hour small-group adventure from Miami. This exciting nature tour includes a narrated airboat ride through the unique ecosystem of the Florida Everglades. Enjoy the scenery, learn about the history and flora, and look for Florida’s abundant wildlife, like alligators, crocodiles, birds, fish, exotic snakes and more.  The total 3-4 hour duration of this tour begins upon hotel pick-up.

Q:What is the policy on sanitization during 3 - 4 hours Everglades Tour from Miami?

Q:What measures are being taken to ensure staff health & safety during 3 - 4 hours Everglades Tour from Miami?