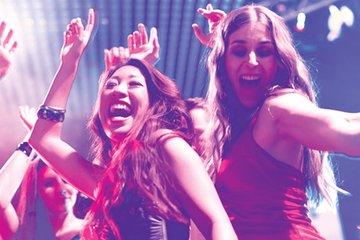 Dance the night away at one of Montego Bay’s hottest clubs on this nightlife excursion to Margaritaville After Dark. Skip the long general admission lines and head straight inside for an all-you-can-drink open bar all night long. If you choose, upgrade for exclusive access to the VIP section, table service, and premium liquors. Plus, hotel pickup and drop-off in Montego Bay is included.
Saved to wishlist!

Traveler pickup is offered
Pick-ups from other resorts are available with an additional transportation fee.

The answers provided below are based on answers previously given by the tour provider to customers’ questions.
Q:
What is the maximum group size during All-Inclusive Margaritaville Nightlife Experience in Montego Bay?
A:
This activity will have a maximum of 15 travelers.