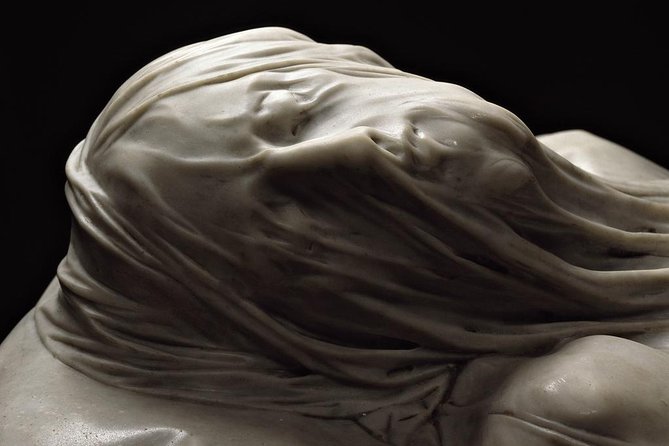 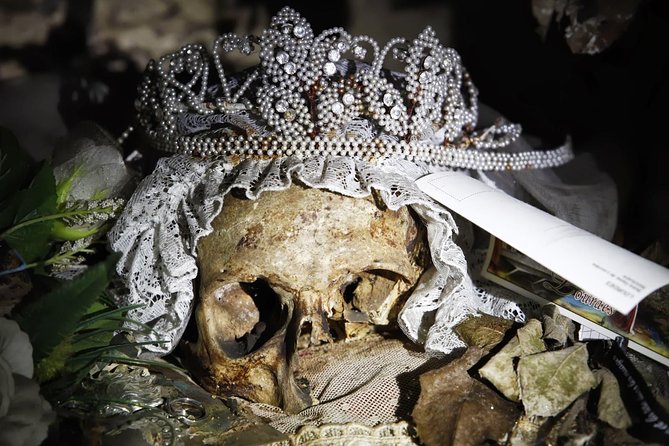 One could spend a lifetime in Naples, Italy's third-largest and one of Europe's longest inhabited cities, and not see all there is to see. While visiting, however, a visit to the San Severo Chapel is a must in order to peer behind the veil to discover Neapolitan traditions and beliefs. Aside from all that, it's a stunningly beautiful albeit spooky setting to spend a few hours in the heart of this UNESCO World Heritage Site.

Great way to get your bearings

Boo
Naples Walking Tour with Pizza and Sfogliatella Tasting | Mar 2020
Great way to get your bearings and learn about the city. Our guide Sarah was excellent. A really enjoyable tour
...Read more

Wander822768
Naples Walking Tour with Pizza and Sfogliatella Tasting | Nov 2019
While this tour is described as a walking tour with pizza and sfogliatella, it should be made aware that it is more of an educational/historical tour of Naples. Our tour guide was wonderful though the tour was not what we expected. We got the impression it would be directed more towards a "foodie" rather than the educational aspect. We did get to try pizza and a dessert, but we were hoping for more eating and less education.
...Read more

Could not schedule change

739ernestc
Mystic Naples: Private Tour of the San Severo Chapel & Poor Soul Church | Aug 2019
Cruise ship did not arrive in time to take the tour so unable to use this, lost the entire amount, disappointing
...Read more

Let me start off by saying we've...

Let me start off by saying we've done food walking tours in 6 other cities of Europe, so we've had many different experiences, but this one probably took the cake for worst tour we've ever done. The tour started off in a great little spot of Naples but was really all downhill from there. Our group was just 3 people my wife, myself, and another guy. The first spot was a random pizzeria which looked like a typical tourist spot where our guide said she'd let us just be while we ate--though admirable, we just met this guy 5 minutes earlier and the first rule of tour guides is to provide a glimpse into the food, culture, and life of a typical Neapolitan. Instead the 3 of us waited alone outside for 40 minutes to get our ordinary pizza without being given any insight into the history of pizza in naples, how pizza is made, how typically eaten knife and fork vs by hand vs folded up, or what they typically drink with it beer, not wine. After finally being served the pizza, our guide came to collect us approx 15 minutes later...so 50 minutes into the tour we've stopped once and have been alone the majority of the time.

I could get into the overall detail but I'll share a few other things that just made this tour ridiculous: 1 She repeated this 'leave us alone' at an osteria for a traditional pasta dinner again 35 minutes or so 2 one of the things she told us to look for was not going to restaurants with their menu posted in 3 languages 2 or less is fine, but 3 or more is just a tourist restaurant--what did the osteria have posted right in front that we noticed and then asked after we ate? A huge menu in 3 languages! 3 Though the highlight if there was one was the buffalo mozzarella at a tiny counter bar next to Sorbillo, after a few other non-eventful stops we literally came back to the same counter bar for a limoncello... again, no insight into why the limncello is so important to southern italians. 4 The majority of the tour seemed focused in a very small area, which in and of itself is not a bad thing, but it didn't feel like the tour really went through the best of naples, rather focused on a busier street or two.

This review is not a reflection of the tour guide--she was very nice, but rather the tour is just organized very very poorly. Don't leave your guests to eat, your job is to host, create conversation, and give us a glimpse into their life in Naples.

Fiorenza was great, she stayed extra...

Bosko
Tour of the Archaeological Museum of Naples | May 2018

Fiorenza was great, she stayed extra time with us to make sure we cover all the highlights in our own pace. She made sure to customize the tour as per our interest and knowledge level. It is obvious that Fiorenza really likes her job, she made this experience for us extra special by being kind, flexible and friendly, her English was great, grazie mille Fiorenza! : Highly recommended this tour for the cultural travelers and seekers of that extra historical content!

We really liked the tour guide. He...

We really liked the tour guide. He is VERY knowledgeable and easy to relate to. We picked the English speaking tour and he is very articulate and you can understand him perfectly. He is respectable and is just a great guide. We would recommend him highly. The palace is beautiful but not in great shape as they are trying to fix it up.

Our tour of the Archaeological...

leedastur5
Tour of the Archaeological Museum of Naples | Oct 2017

Our tour of the Archaeological Museum was eminently satisfying. Fiorenza grew up in the area and has both personal and academic knowledge of the region. She directed our attention to various significant objects in the museum- items which had come from Egypt, the Etruscan region, etc - explaining in depth their construction and use, and offering enormous amounts of insight into the lives of ancient Romans in the process. I felt very well prepared to visit Pompeii the next day. My only regret was that we had not booked Fiorenza to accompany us there. Next time!
Fiorenza is special. Ask for her by name.

Riccardo was excellent, engaging and...

Riccardo was excellent, engaging and highly informative. Made it interesting and applicable not only for us but also our primary school aged children. Herculaneum was more enjoyable for us than Pompeii because it is much smaller, the children could better understand what life would have been like, and appreciate how the city was buried with the surrounding suburbs nearby.

After visiting Pompeii we wanted to...

Perry F
Tour of the Archaeological Museum of Naples | May 2017

After visiting Pompeii we wanted to see all the art and statuary that was removed for preservation. But it is one thing to look and read all the signs and another to have a tour guide explain to you the meaning and history of each piece. This really brought Pompeii to life unlike any tour we have had. The artifacts were now real and the stories put in context the uniqueness of the situation. Our guide was not only knowledgeable, she was an art historian who could place each piece in context with history. We had a private tour and that really made a difference as we were able to ask questions and get detailed answers without the distract of a large group needing to move on to the next exhibit.

Thank you Maria for a very...

paola m
Tour of the Archaeological Museum of Naples | Apr 2017

Thank you Maria for a very interesting tour. I learned so much about ancient roman society looking at those artifacts... Not to miss!