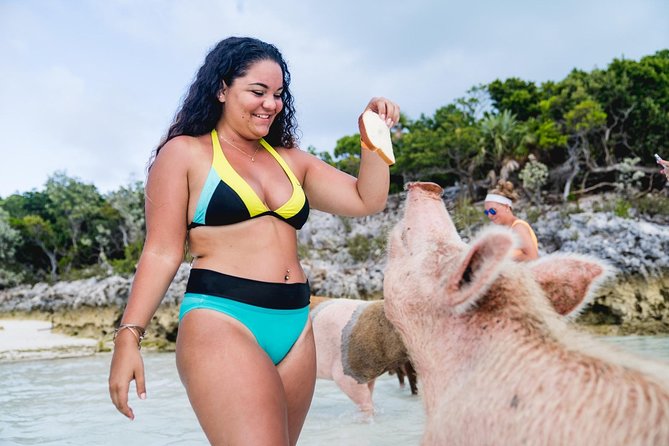 Don’t worry—here are some similar options

Experience the highlights of the Bahamas in one day on this powerboat tour from Nassau, a great choice for nature lovers and first-time visitors. Board a 39-foot (12-meter) powerboat and take a water sightseeing tour of the Exumas, stopping to swim with pigs at Pig Beach, feed Bahamian rock iguanas, swim with sharks, and visit a hidden beach. Lunch at the Staniel Cay Yacht Club is also included.

Q:What is the policy on face masks and attendee health during Famous Swimming Pigs Tour Bahamas - Full Day Powerboat to Exuma from Nassau?

Q:What is the policy on sanitization during Famous Swimming Pigs Tour Bahamas - Full Day Powerboat to Exuma from Nassau?